The speed limit on Auckland motorways around the Waterview Tunnel will increase to 100km/h from July.

The NZ Transport Agency said the proposed changes on State Highways 20 and 16 will allow maximum speeds of 100km/h in certain driving conditions.

Public feedback was open for a four-week period with more than 3000 responses provided during that time, with the significant majority in favour of increasing the maximum speed limit.

The changes to increase the variable speed limit from 30–80km/h to 30-100km/h will be introduced in two phases.

The first phase is planned in the following locations:

• Including all on and off ramps connecting to local roads. 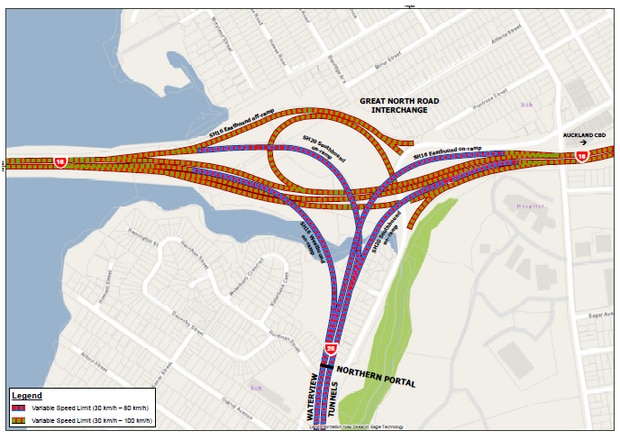 These changes are expected to follow shortly after investigations into the signage and system requirements have been completed.

Speed limits are likely to be reduced during peak periods when there are typically high traffic volumes and in the event of incidents, crashes, maintenance work or extreme weather conditions.

Recruiting Good Truck Drivers Who Will Stay
Scroll to top